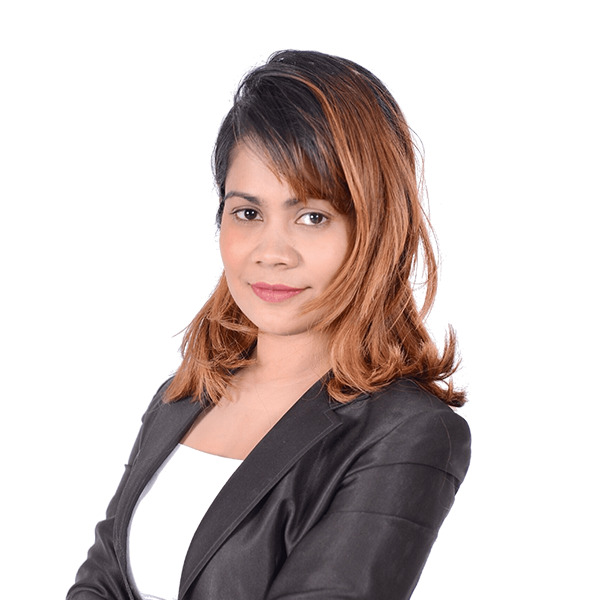 Ms. Shunana is a corporate lawyer skilled in both law & business that gives an added advantage in litigating and negotiating complex business transactions. Shunana graduated with a Master’s Degree in Corporate Law from the New York University and completed a Master’s Degree in Business Administration program of the University of the West of England (Bristol). She has also acquired a First Class Bachelor (Hons) of laws degree from the Maldives National University.

Shunana was the first woman to receive an award in the field of Law in Maldives. She was awarded with “Leadership Excellence in the Field of Law, Gold Category” in the Maldives Professional and Career Women Awards 2019. In 2020, Shunana was awarded National Award “Rehendhi Award” for outstanding social work (in the field of law).

Shunana has secured numerous precedent-setting victories and has successfully secured a settlement in the largest class action lawsuit submitted at a Maldivian Courts. She litigated & won one of largest commercial claim against the Government of Maldives. She has also litigated as lead counsel in the most notable public interest lawsuits submitted at the Maldivian courts which includes the first gerrymandering lawsuit, largest class action employment dispute submitted at employment tribunal. Shunana is the founder of Public Interest Law Centre that provides pro bono services to socially and economically marginalized groups and individuals, work on various policy law reform and lobbying projects, and advocate for civil rights cause through social activism.

Prior to founding Shunana and Co.LLP, Shunana worked at the Attorney General’s Office for ten years.  As a senior attorney at the Attorney General’s office, she has also litigated on behalf of the Government in numerous constitutional, commercial and civil cases lodged by and against Government ministries and departments in the Supreme Court, the High Court and the Civil Court of Maldives. She was also involved in international arbitration proceedings against the Government of the Maldives. Shunana had also provided legal opinions to Government Ministries and departments on contracts, international conventions and bilateral and multilateral agreements signed by the Government. She also provided legal opinions on bills passed by the Parliament before ratification by the President and reviewed draft laws and regulations. 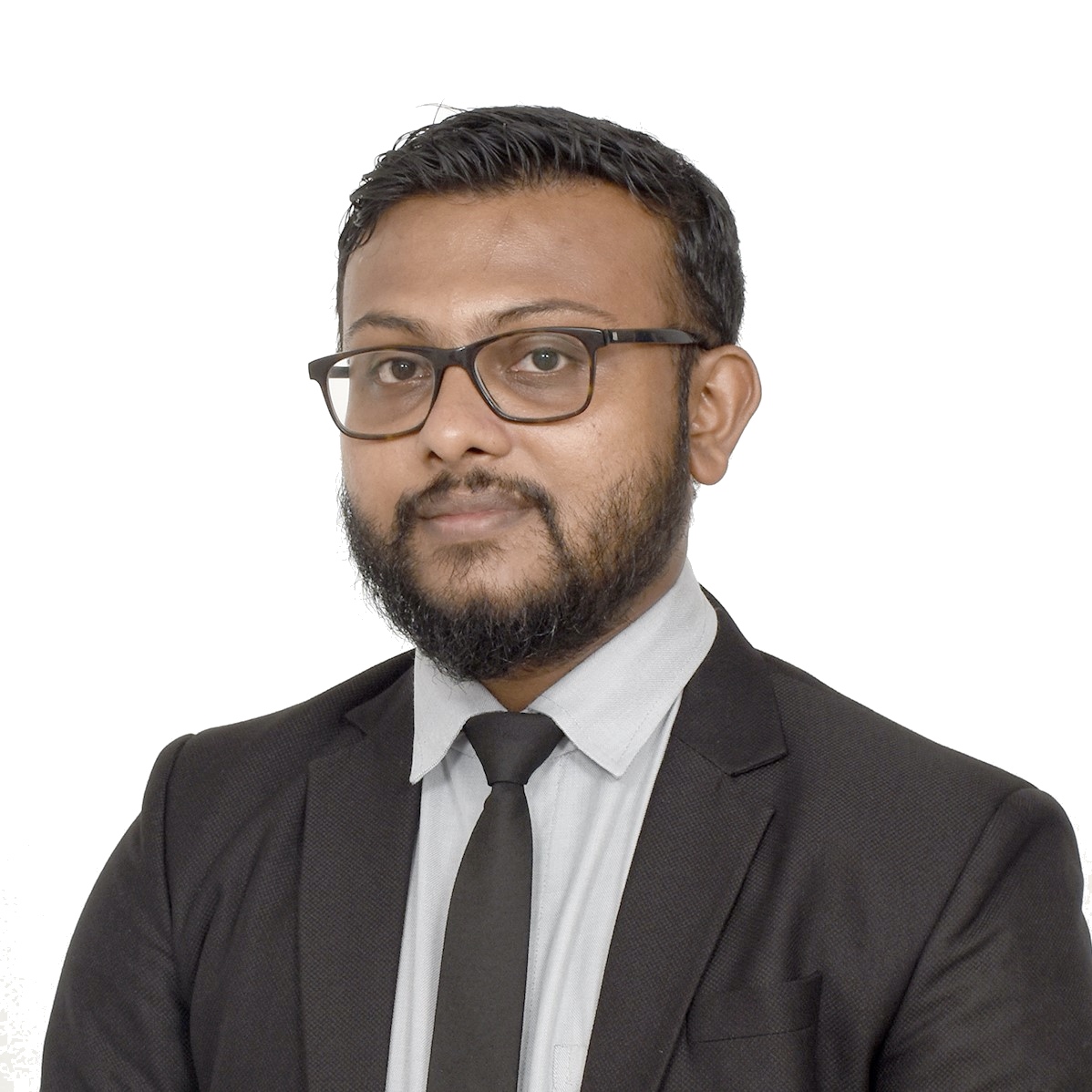 Saadhih Naseer holds a law degree from Maldives National University. After completing Law degree, he has been working at the Attorney General’s Office as a State Attorney. At the Attorney General’s Office, he has litigated on behalf of the Government of Maldives in numerous high profile commercial, employment and civil cases lodged by and against Government ministries and departments at the Employment Tribunal, Magistrate Court, Civil Court, High Court and Supreme Court of Maldives.

Saadhih Naseer has also provided legal opinion to various government ministries and department on complex matters involving commercial contracts of government and other constitutional issues. He has also worked in vetting regulations and bills prior being submission to parliament. 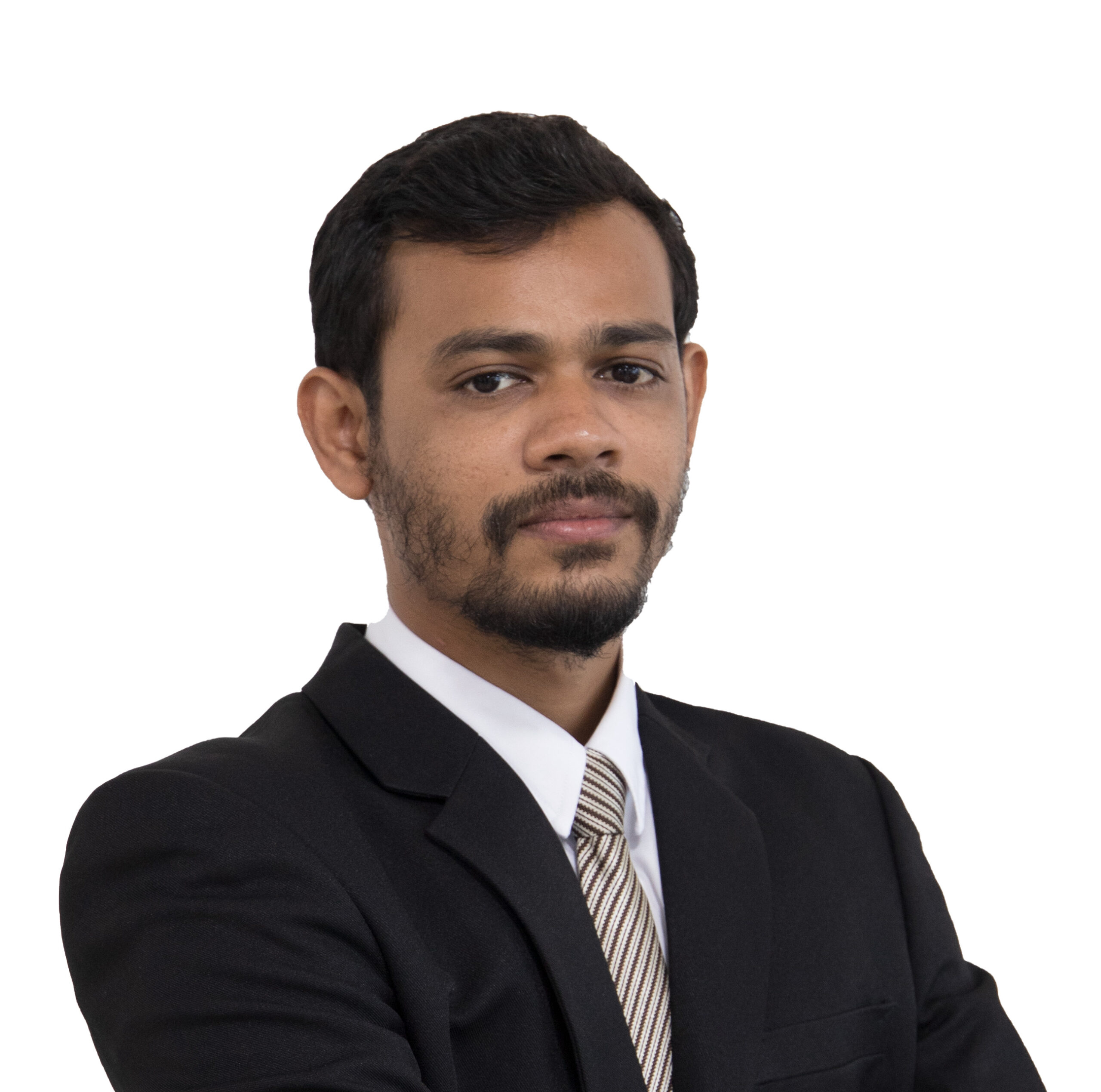 Mr. Hassan Hameed has completed Bachelor of Laws LL.B (Hons) graduate of The University of the West of England (Bristol, UK).

With extensive experience at senior management level in the private sector at leading businesses in the Maldives retaining expansive comprehension in various areas of corporate business that has given him an added advantage in dealing with commercial legal transactions. Experience at higher corporate level has given him experience in performing diligently in advising on legal matters ensuring that the best interests of the client’s business are protected

Aside from the corporate career, also recognized for the Pro Bono legal work as Board Member at the Public Interest Law Centre. 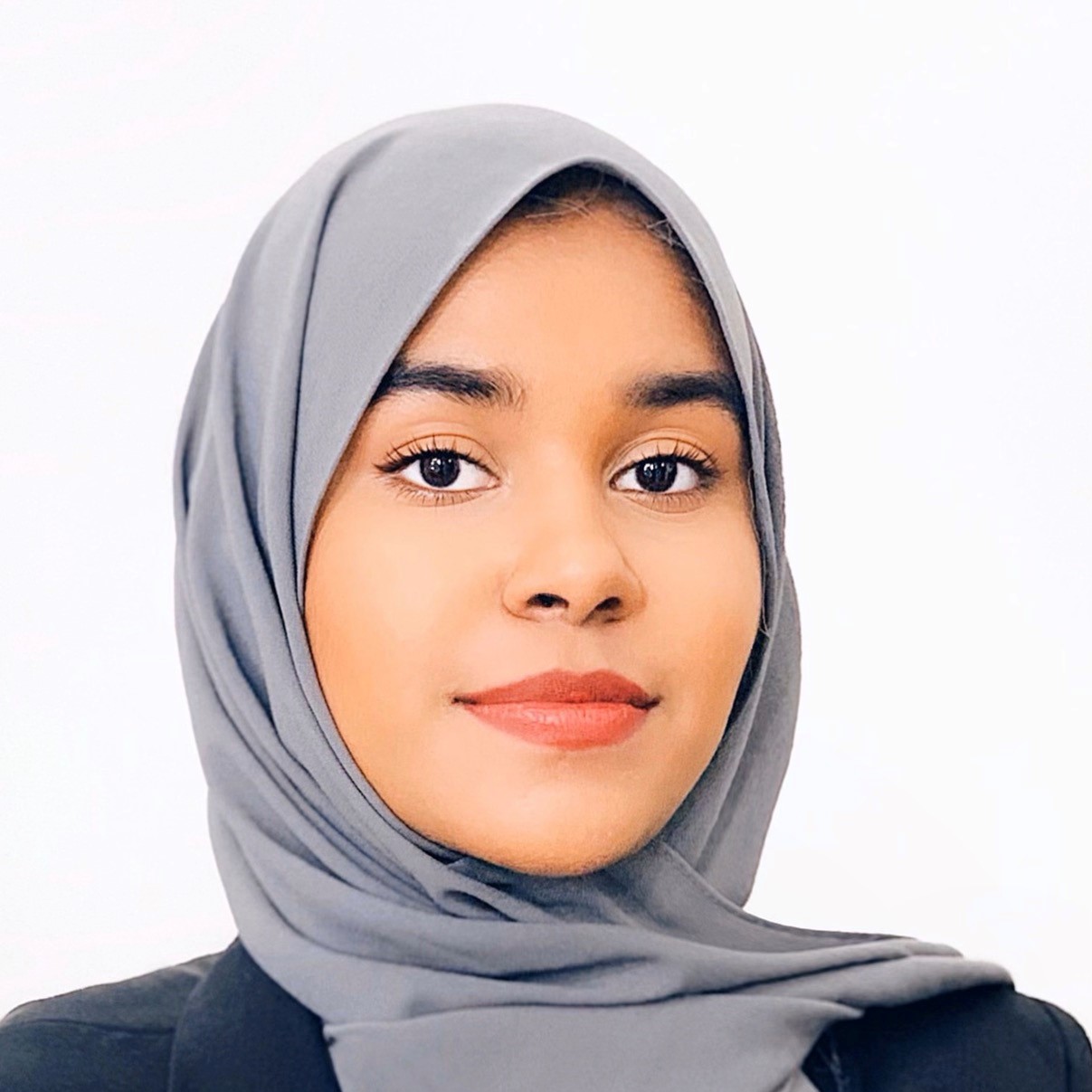 Ms. Aishath Naja holds an honors degree in Bachelors of Law (LLB) from the University of the West of England in Bristol, UK.

Focusing her practice on the areas of corporate law, Naja has legally assisted domestic and international clients in both corporate and commercial matters. Naja has profound contract drafting and legal research skills and is dedicated to funding inventive ways to tackle legal issues and providing the best solution for her clients. Naja is also a volunteer member at the Public Interest Law Centre, where she provides pro bono legal aid services to the underprivileged individuals in Maldives. 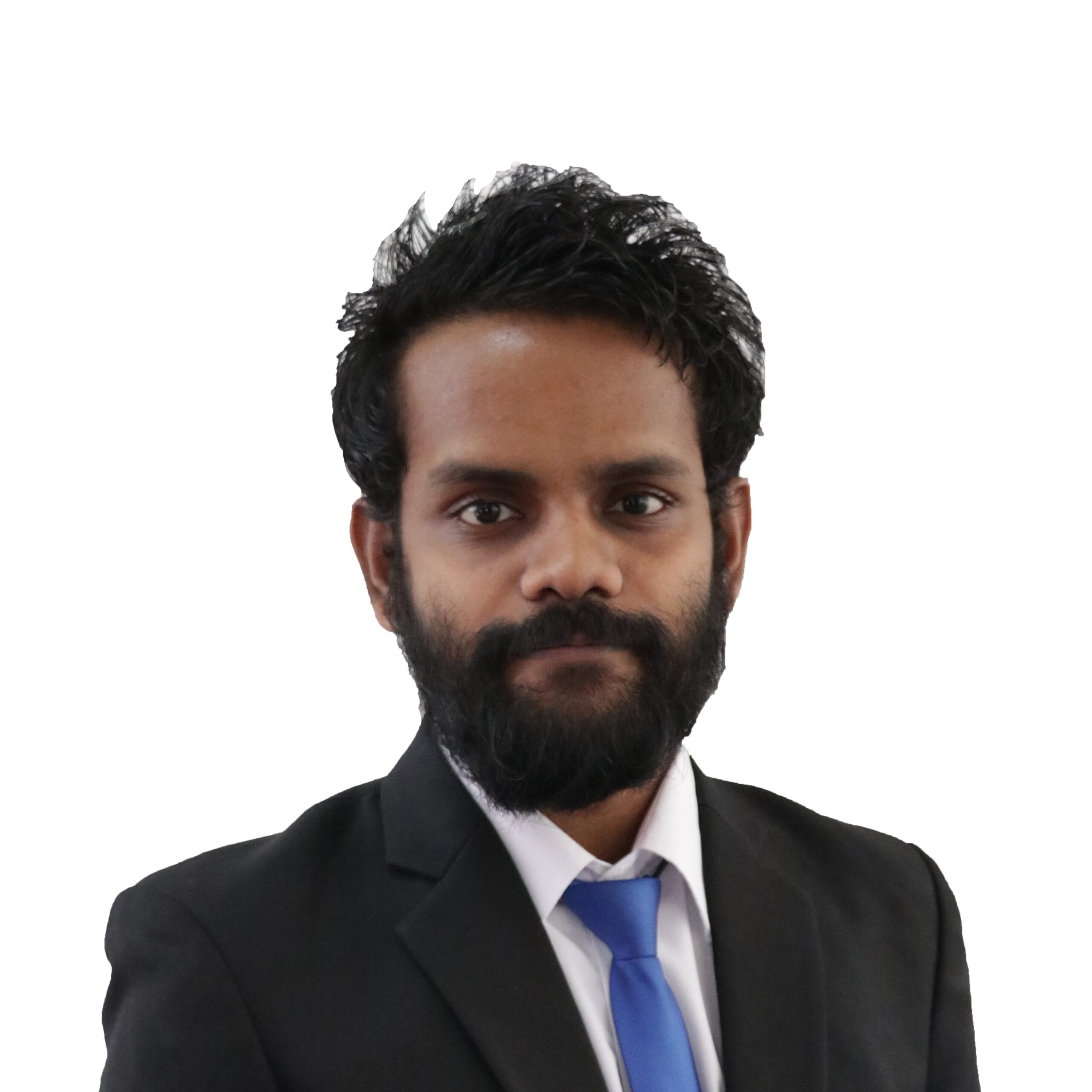 Hayyan has been working on high profile corporate and commercial cases involving some of our clients against other international parties such as banks and consortiums since the day he joined in 2020 and has shown great quantative and qualitive analysis skills and researching skills.

Additionally, Hayyan’s desire to make better changes happen to the lives of vulnerable communities motivated him to contribute to the Pro Bono legal work of Public Interest Law Centre. Since then, he has worked on some of the high profile cases of PILC, including the first gerrymandering lawsuit, the data privacy case and the largest class action submitted to the Employment Tribunal. 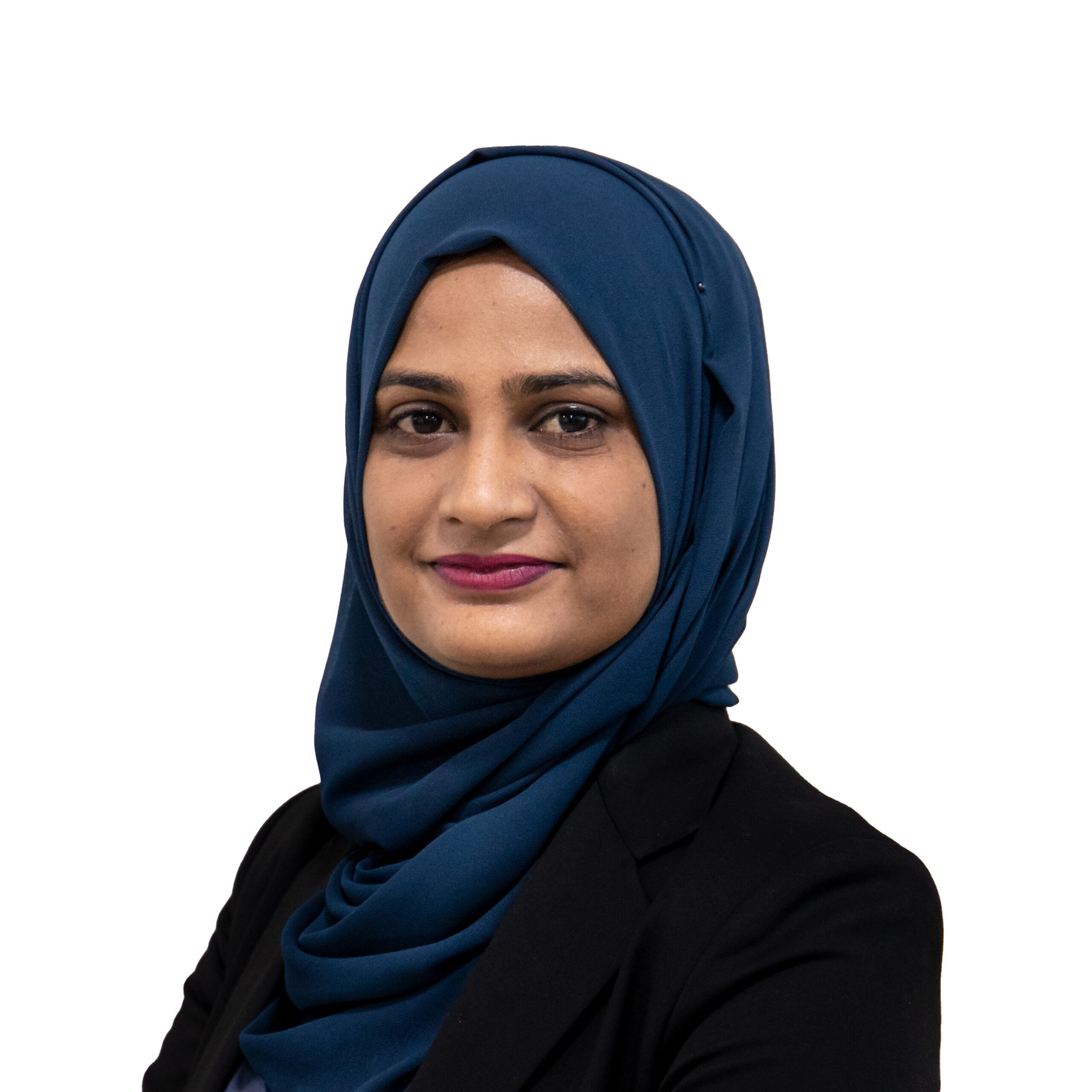 Inasha prior to working at Shunana and Co.LLP was a partner at Advocacy Chambers LLP for five years. She is well experienced in commercial and corporate legal matters. In addition to this she has also experience in Employment, family, land employment and public interest law issues.

Inasha comes from a solid commercial background and can be relied upon to always give expert legal advice in a way which ensures that a client’s competitive advantage is maintained. During her career, she had wide exposure to a broad range of complex legal matters. In her current role she provides the highest quality services to corporate entities and guards the entities against any legal risks. 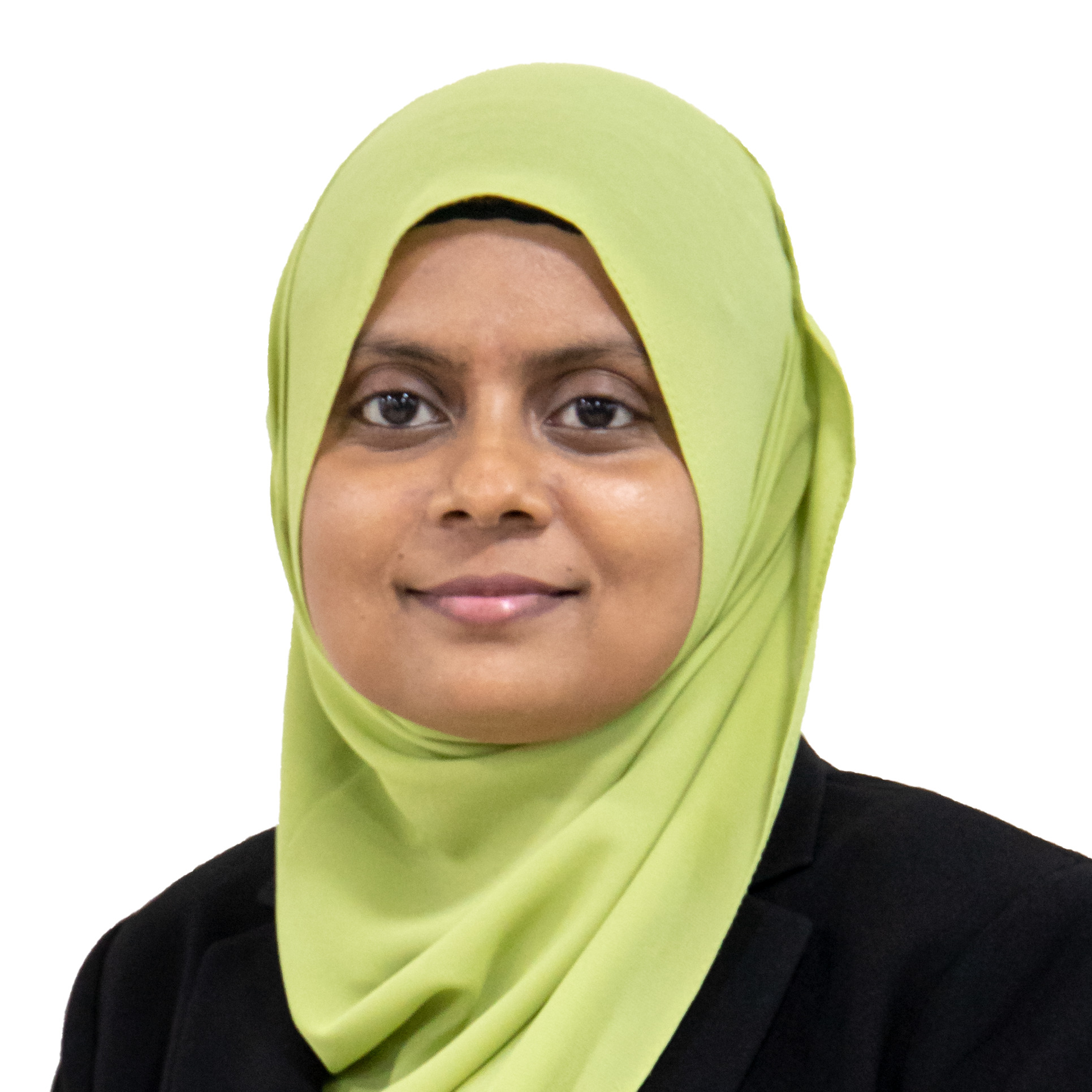 Ms. Zeeniya is a lawyer with over 11 years of experience in the legal field. She completed her Bachelors’ degree at the Faculty of Shariah and Law attaining the top in her class in 2009. After her graduation, she immediately joined Attorney General’s Office as a Deputy State Attorney.  In 2012, she was awarded a scholarship to pursue her LLM in international maritime law at the IMO International Maritime Law Institute in Malta where she acquired it with Distinction. Currently she is filling the position of a Deputy counsel general at the Attorney General’s office of the Maldives and she is the Head of Legal Affairs Division since May 2017.

Over the years, at the AG’s office, she has gained extensive knowledge and experience both in providing legal advice and representing the State in civil matters in various Courts of Maldives including the Supreme Court. As the Head of Legal Affairs Division, her main responsibility now is advising the Government Ministries, Departments on a wide variety of legal issues, legal vetting of documents and review of contracts that are signed by the Government. Ms. Zeeniya, while working full time at AGO continued her private practice and has represented private companies and individuals at the Courts of Maldives.

Ms. Zeeniya is well equipped with necessary legal knowledge and experience which allows her to deliver insightful legal advice for her clients.

She is also a Board Member of Public Interest Law Center that provides free legal services to socially and economically marginalized groups and individuals. 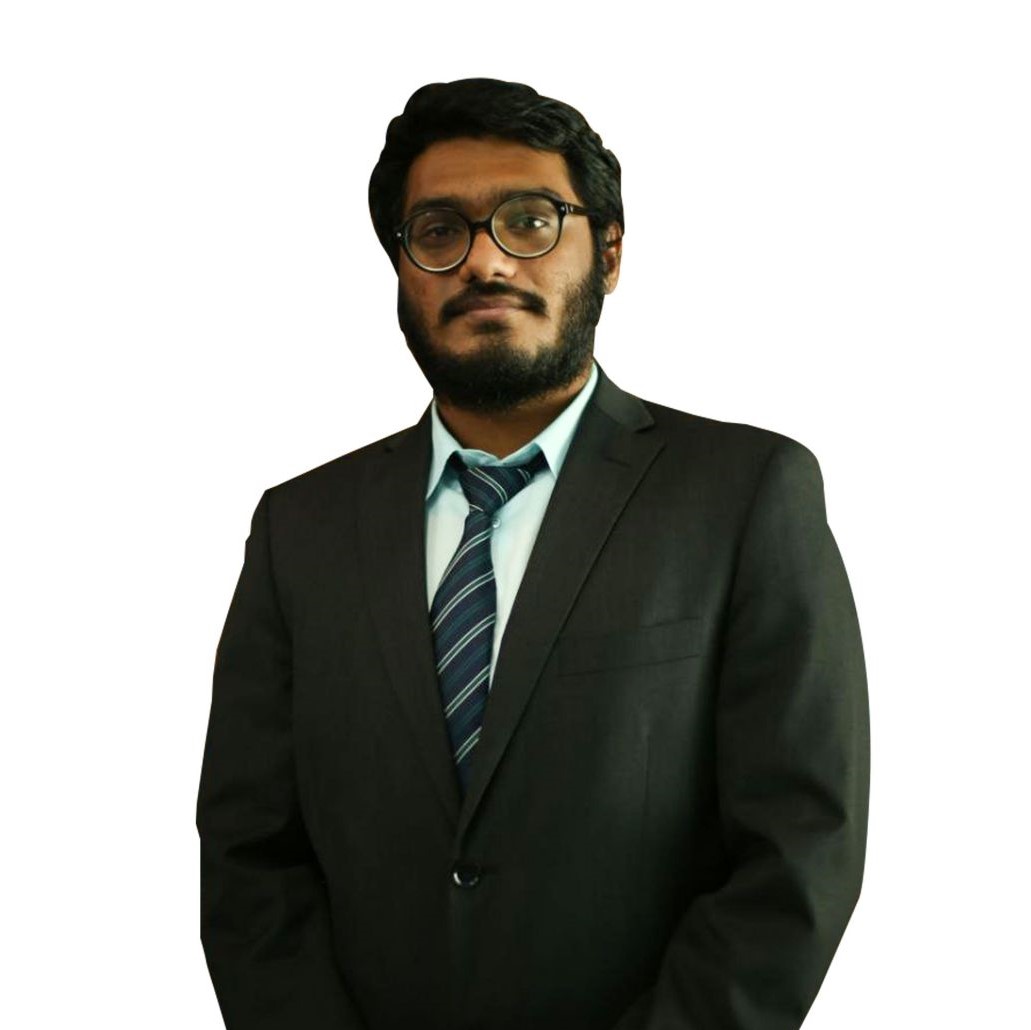 Maisam Moosa Ali completed his Bachelors of Shariah and Law at Maldives National University in the year 2020.
Maisam targets his practice in commercial and contractual litigation. He has represented and defended businesses and individuals in complex commercial litigations.

Maisam is also well qualified in labour laws and is involved in legal team of largest class action employment case filed at the employment tribunal. His impeccable negotiation skills has been advantageous in negotiation and settlement disputes.